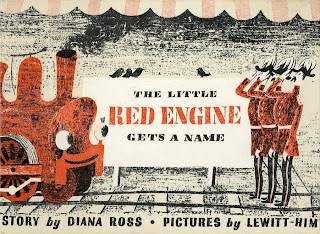 The Little Red Engine was known only as number 394. Unlike the big black engine, "Pride o' the North" and the big green engine "Beauty of the South," 394 never went anywhere. Worse still, he had to listen to the constant boasting from the bigger engines. 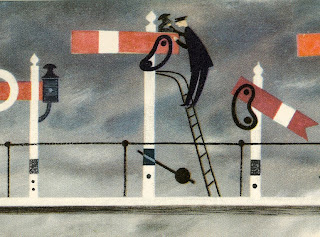 But one day there was an awful storm and a tree blew down and "Beauty" went crashing into it then "Pride" somehow derailed or something then suddenly there was this king and he needed to get back home immediately for important matters of state and there was only one little train who could get the job done and . . .  oh, who cares about plot . . . can we just admire the gorgeous gouaches from the team of Lewitt and Him? 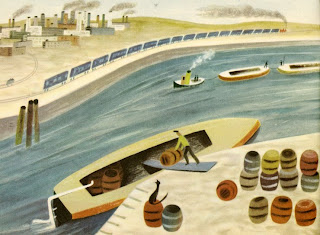 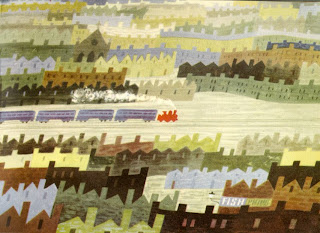 Throughout, the Little Red Engine repeats affirmations: "I can do it! I really can." And, "I'm sure I can!" These sound a lot less wishy-washy than that "I think I can!" business spouted by Watty Piper's Little Engine a few years earlier.  ("I'm sure I can avoid litigation this way," thought Diana Ross.)

The Little Red Engine saves the day and is given the name, Royal Red. Now when the two bigger engines boast and brag, the little engine, by royal decree, can tell them, "Up yours."

But he doesn't. This is a kid's book.
WHAT DID WE LEARN? In picture books, the train with the cutest face always wins.