It Happened in Pinsk 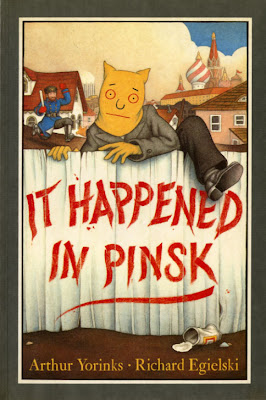 Curious reader Ingrid Haftel suggested It Happened in Pinsk might make a nice addition to our ever growing HEADLESS section. We agree. 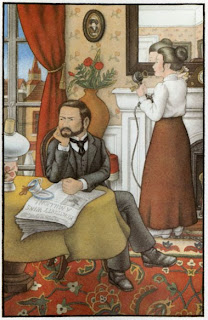 On Nevsky Avenue, Maurice Sendak yearns to be "a Somebody like Kaminski the wrestler or wealthy Belcheck." 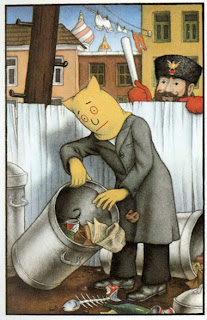 Life changes quickly for Mr. Sendak when his head disappears and he is forced to scavenge trashcans. 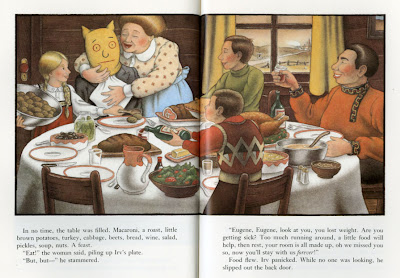 Events turn from bad to worse when Sendak is kidnapped and forced to eat with Heidi and Brezhnev. 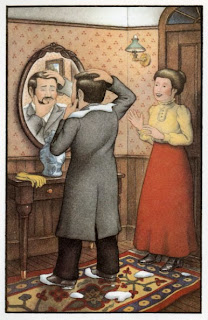 Thankfully Sendak locates his head which is great news for music fans everywhere. The next year, 1984, he would create an opera based on one of his best books, Higglety, Pigglety, Pop! . . . 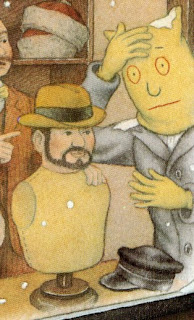 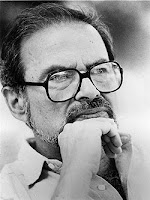 thus becoming a Somebody.