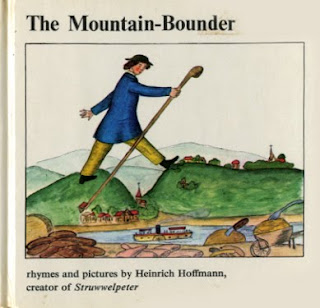 From the creator of Struwwelpeter. These stories were discovered in Hoffman's notebooks after the author's death in 1894. Colored by one of his grandchildren in the style of Dr. Hoffman, the stories were first published in Germany in 1924 under the title, Besuch bei Frau Sonne.

The first American edition was published in 1964 with translations by a young Jack Prelutsky.

WHY CHILDREN WILL LIKE IT: many playful animals, a humorous drowning, a cloven runner.