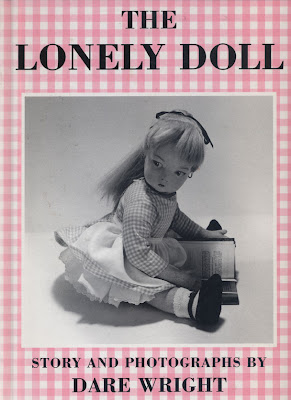 My absolutely favorite book as a child, bar none. Photographs are creepy, dolls are creepy, the story is completely creepy. 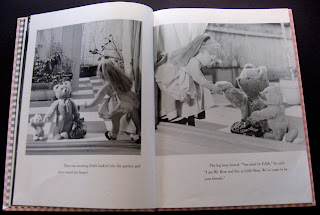 Edith, the lonely doll, is lonely. Her loneliness is assuaged by the sudden and unaccounted for appearance of Mr. Bear and Little Bear.
"Then one morning Edith looked into the garden and there stood two bears!" 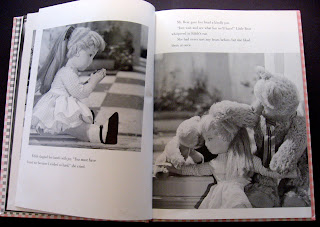 Almost immediately, the bears seem, at least to me, to be a little TOO friendly. Look at them holding her down with their paws. 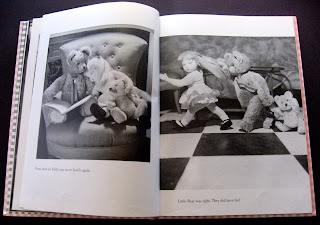 "From then on Edith was never lonely again."
I detect a degree of inappropriate touching. 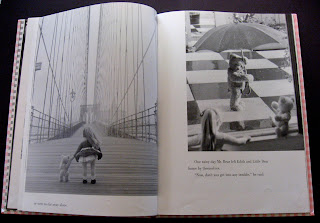 Though the scene on the Brooklyn Bridge is nothing but gorgeous. 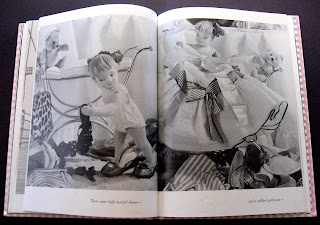 One day, when Mr. Bear leaves Edith and Little Bear home by themselves, they decided to play dress up.
Edith seems inordinately fond of prancing around in her skivvies. 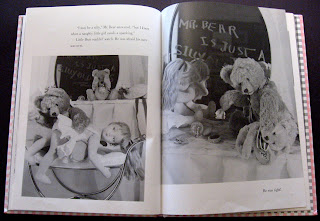 They get caught using lipstick and trying on grownup clothes (to whom do they belong? Mr. Bear? It's never discussed.)
The punishment, much to my endless delight, is a spanking. 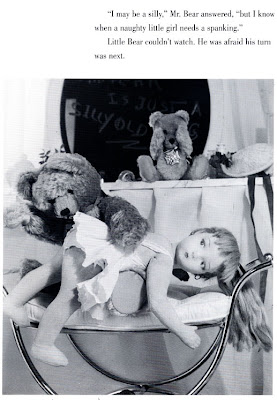 The mirror says: "Mr. Bear is just a silly old thing." The gall! 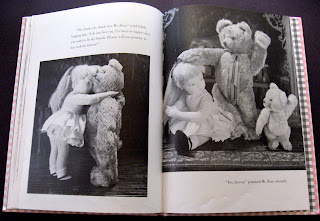 But it all turns out OK, in the end. Look how contrite Edith is. Almost as if she ENJOYED the spanking. Mr. Bear solemnly promises to stay with Edith forever.
WHY PARENTS WILL HATE IT: Corporal punishment and little girl panties = creepy.
WHY CHILDREN WILL LIKE IT: Hmmmm... well, I liked all that creepiness as a child.