The Monkey in the Rocket

by Jean Bethell and Sergio Leone, 1962 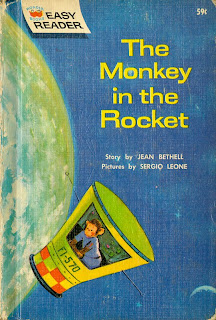 We thought in 1961 Sergio Leone was consumed with finishing touches on his directorial debut, The Colossus of Rhodes, but apparently he also found time to clock in some hours at Wonder Books illustrating classics like The Monkey in the Rocket. 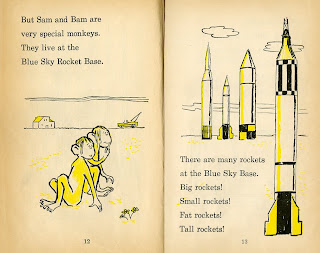 Sam and Bam are very special monkeys. Let's see which one we can make sick first.

Congratulations Bam, you win. You get to stay home. Sam, you'll be harnessed into an untried hunk of metal and shot into space. Good luck. 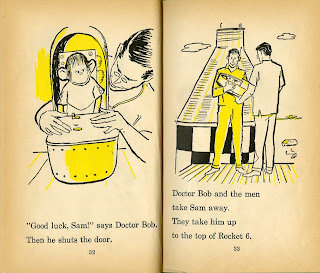 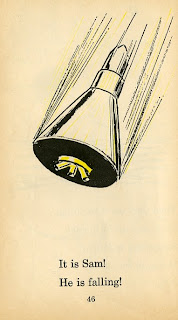 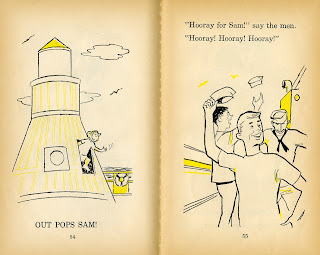 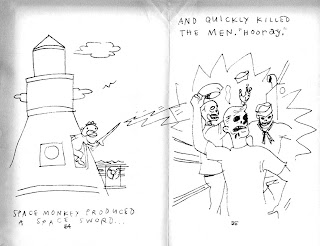 WHO WILL ENJOY THIS BOOK? Any child who is excited about the current U.S. vs. Soviet space race.
ALSO RECOMMENDED: Monkey Business by J. Otto Seibold and Vivian Walsh (1995) and Space Monkey by Olive Burt (1960). 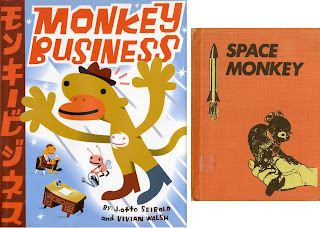 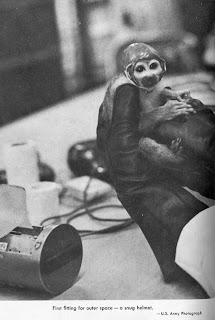 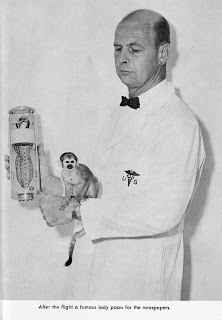 After the flight a famous lady poses for the newspapers. And Space Monkey too.