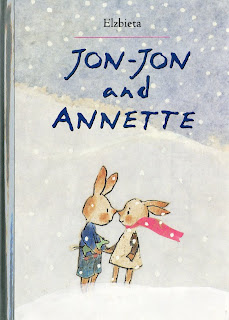 A book about war. And bunnies! 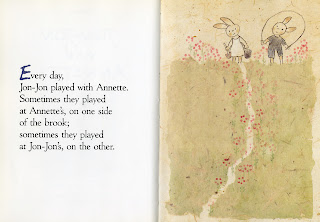 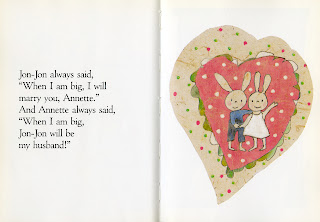 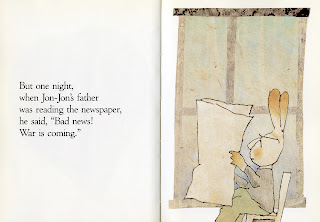 Total buzzkill, Dad!
Jon-Jon said, "I'm going to the brook to play with Annette." . . . But where the brook once was, there was now a thornbush. 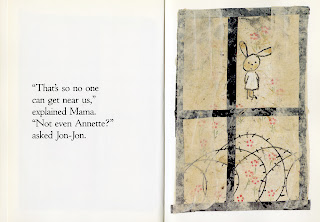 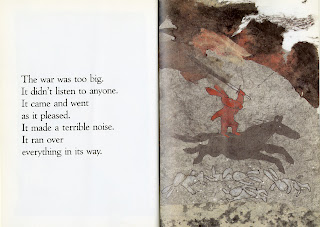 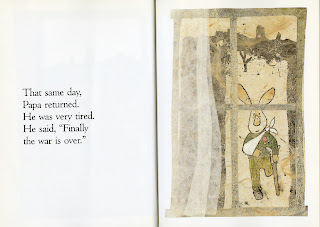 Well, somebody got a lucky rabbit's foot.
All of a sudden, [Jon-Jon] heard Annette calling him . . . 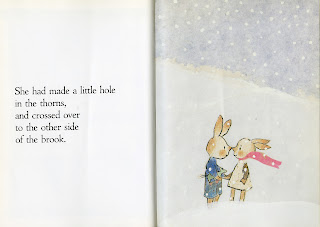 [Annette] had made a little hole in the thorns and crossed over to the other side of the brook.
And was immediately shot.
(Just kidding. They probably lived happily ever after.) 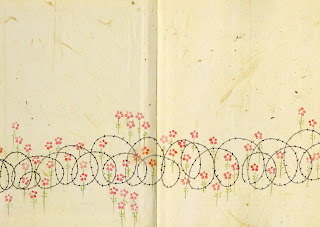