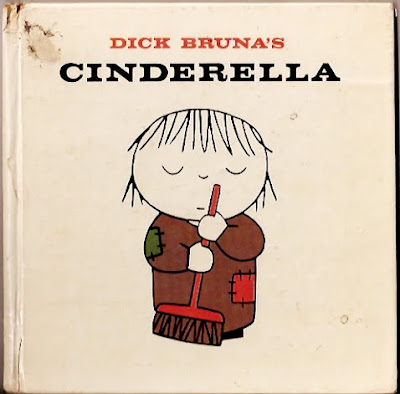 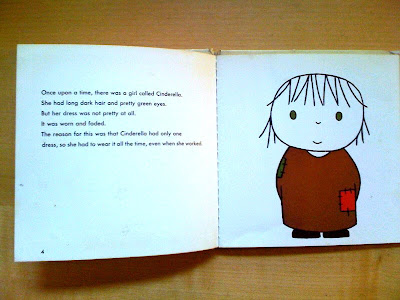 Mr. Bruna was influenced by the De Stijil design movement. De Stijil is a Dutch word meaning “home at a reasonable time.” 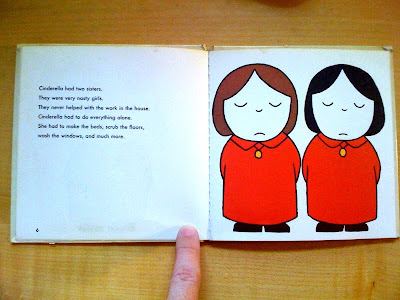 It's hard to see in this photo, but just to the left of the girls is a scary lion or an explosion. It's a wild ride, this one. 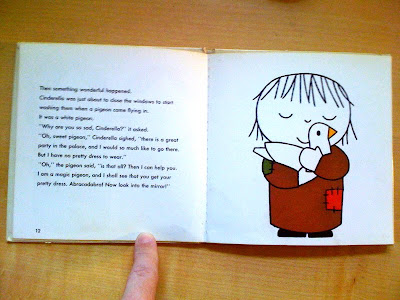 The addition of a magic pigeon keeps him from getting sued by Cinderella's original writer, Walt Disney. Don't worry, I don't think he's very litigious.
You might be hearing from Mo Willems though. 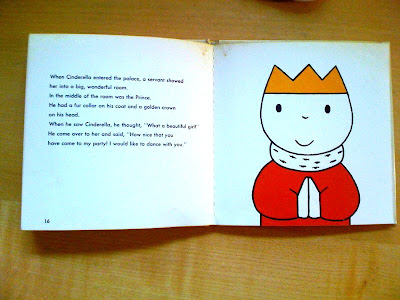 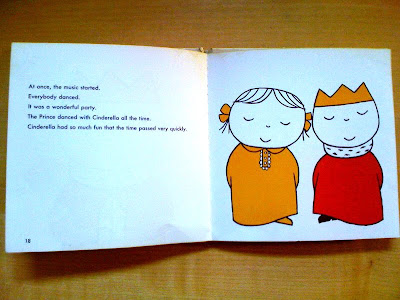 This is where the story really cooks. They're gonna be sore tomorrow from all that dancing. 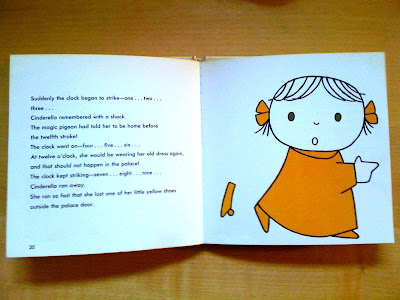 Watch out! This charming story is turning into a white knuckle, full-throttle thrill ride thanks to some well timed pointing. 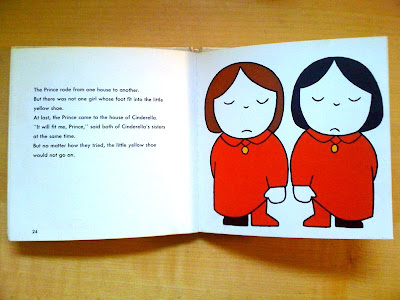 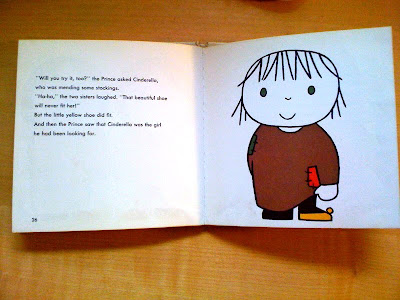 Isn't that the sweetest thing you have ever seen? Really.