LANE SMITH on It's a Book

Time for another installment of
WHAT IN THE HECK WERE YOU THINKING?
Is it shameless to write about my own book?
Yes. 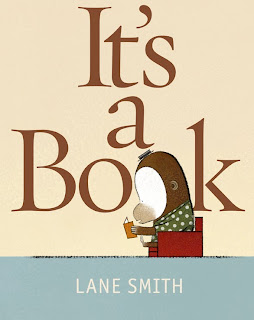 Lane, a book about a book, a pirate-loving monkey, a jackass of a jackass. . . just what in the heck were you thinking?
LANE RESPONDS: Books surround me in every room of my house. 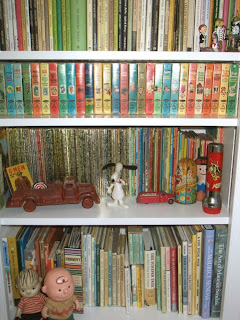 Many of my favorites can be found on this very site. These are books which I revisit again and again. I like the way books look, feel and smell. I like the various editions and the various cover designs and redesigns. 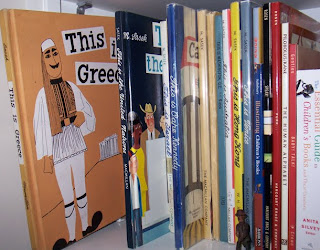 I like arranging and rearranging books on my bookshelves.

In other words, I am a nerd.
Not to say that I'm not excited by the new technologies and reading devices introduced (it seems) nearly every month, I am. But I'm sure on some level I'll always be a traditional book guy. Then again I'm the kind of guy who still watches silent movies and listens to vinyl.
Unlike Grandpa (me), today's kids are whip smart and tech savvy. I know eventually everything will be digital and kids won't even know from a regular old book book and that's fine. Truthfully? The reason I made the book? Certainly not to "throw down the gauntlet" as one critic has stated. Naw, I just thought digital vs. traditional made for a funny premise. No heavy message, I'm only in it for the laffs.
My first version featured a kid. I dummied up some ruffs showing a dummy of a kid who doesn't know what this thing called 'a book' is. "What's this?" he said. The narrator answers, "It's a book," etc. 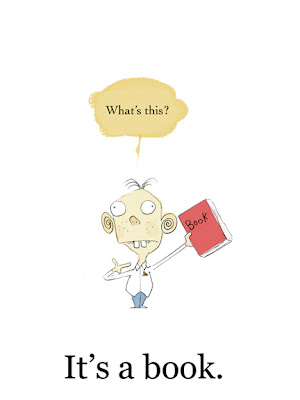 This dummy was closer in tone to something like The Stinky Cheese Man with the narrator undermining the kid with turn-the-page gags. 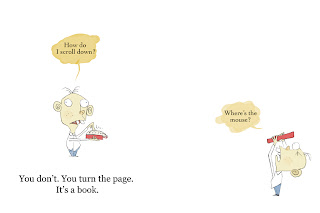 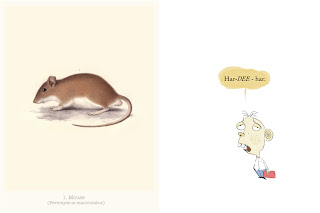 It seemed like a funny idea but in order for the premise to work the kid had to look goofy and I didn't want folks to think I was making fun of a child, even a goofy child. So like most of my book dummies I showed it to a few friends, friends whose opinions I have come to trust over the years. Among them my wife Molly who designed It's a Book and all of my books dating back to The Big Pets, and Bob, co-blogmaster of this site. As usual, Molly came up with a bunch of great ideas about type treatments and it was Bob's suggestion to make the characters animals.

I instantly thought of the Bros Grimm and their three character stories like The Straw, The Coal and the Bean or The Mouse The Bird and the Sausage (which I had illustrated for Marlo Thomas' Thanks and Giving treasury a few years ago). I thought, How about the Mouse, the Monkey and the Jackass? 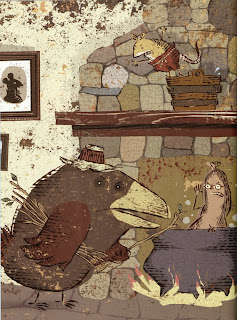 The Mouse, The Bird and The Sausage from Thanks and Giving: All Year Long, 2004

The jackass is completely modern: He texts. He blogs. He tweets. He annoys. The monkey is traditional. He reads. He wants to be left alone. The jackass is relentless. “How do you scroll down?” he asks. “I don’t,” answers the monkey trying to read his pirate book. “I turn the page.”
“Does it need a password?” asks the annoying jackass.
“No, it’s a book.” Says the monkey. 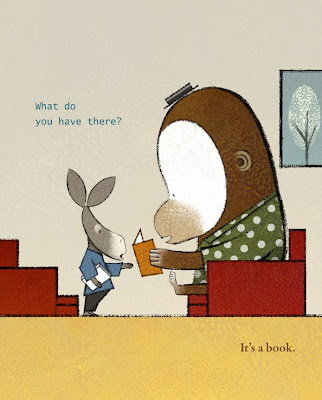 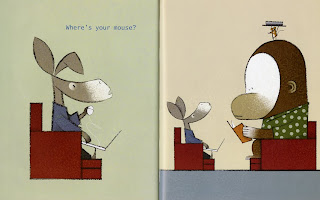 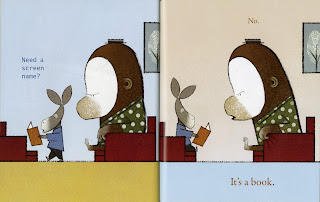 I did the illustrations in brush and ink. I first tested the brush a few times on the edge of the page until the ink became desaturated enough for the dry brush effect I wanted. 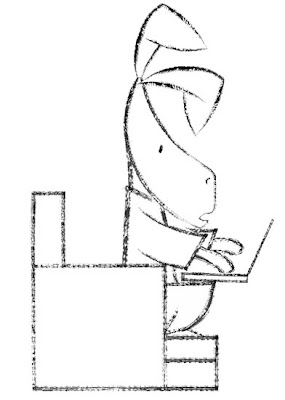 I then created textures using oil paints on hot press illustration board. I sprayed them with an acrylic spray (water based) while the paints (oil based) were still wet. This caused a chemical reaction to the paint giving them a mottled look. I then scanned all into the computer and assembled the final illustrations in Photoshop for greater control. (Back in the day, precomputer, I would paint several pieces simultaneously. Some would get too texture-y and I'd chuck them, some would eventually turn out. Assembling them on the computer eliminates this tedium.)
Molly suggested making the monkey's forehead bigger. She says it brings out the maternal instinct in the reader (or something along those lines). I liked the look, I kept it. 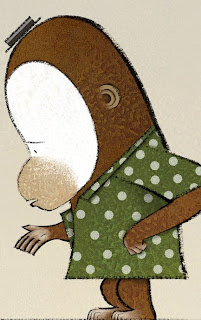 I liked staging everything on the same, flat plane. Like a one act play. I believe it makes the humor more deadpan like in some of my favorite books.

Higglety Pigglety Pop! or There Must be More to Life by Maurice Sendak, 1967 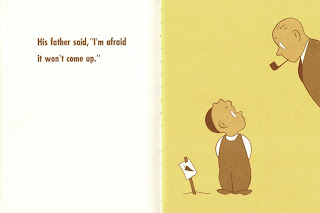 The Carrot Seed by Ruth Krauss and Crockett Johnson, 1945 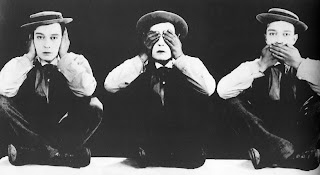 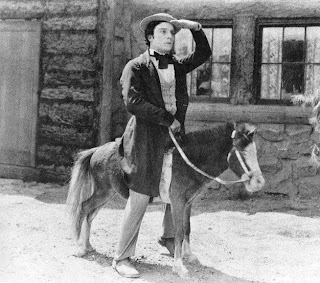 Keaton said the comedy works better when the audience can see the full body. 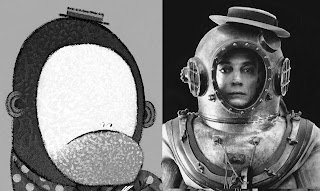 And what about that porkpie hat? The monkey in It's a Book wears one just like Buster. 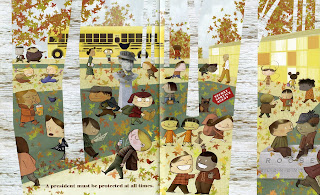 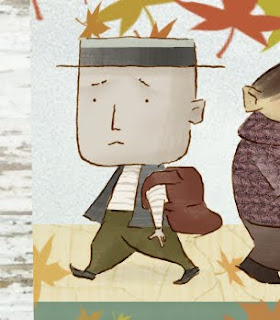 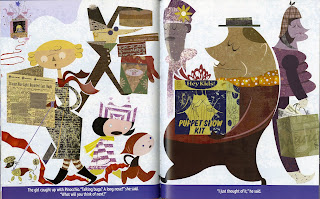 Pinocchio the Boy or Incognito in Collodi, 2002 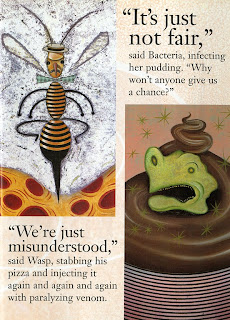 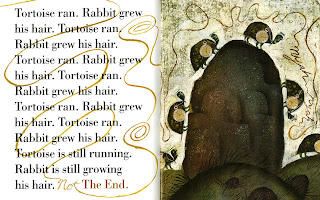 THE JACKASS IN KID LIT
This is Curious Pages. I'd be remiss if I didn't briefly touch upon the jackass in children's literature. 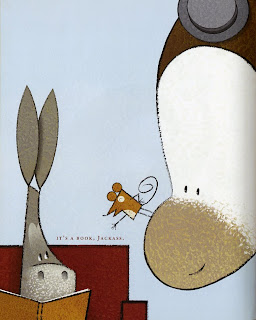 I admit it, I am wholly unoriginal. A few forefathers . . . 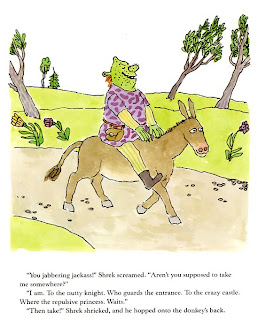 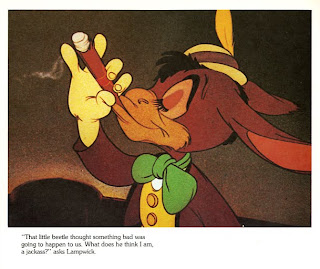 Pinocchio by Carlo Collodi. This page is from Walt Disney's Pinocchio: A Read-Aloud Film Classic, 1982 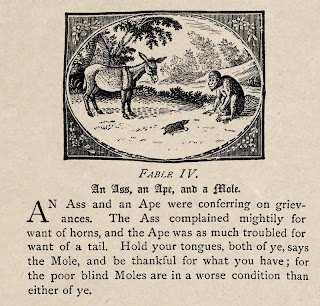 Not a Jackass, a Monkey and a Mouse but An Ass, An Ape and a Mole by Aesop illustrated by Thomas Bewick, 1871.


And HERE - over twenty additional jackass tales from Aesop. 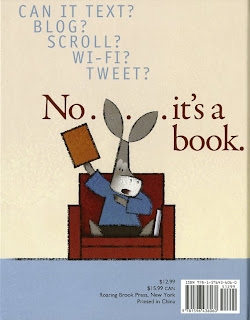 it's one more to squeeze onto my shelves. 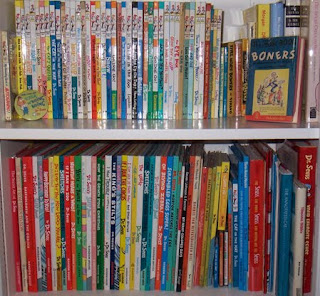