The Bomb and the General, The Three Astronauts

by Umberto Eco and Eugenio Carmi, 1989 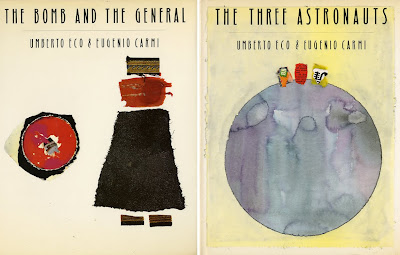 Both released in the U.S. in 1989, translated by William Weaver. 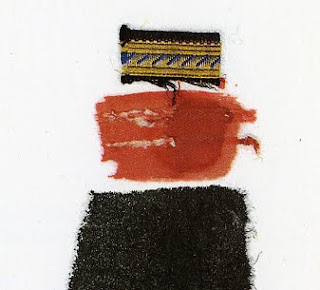 The Bomb and the General
WHY WE RECOMMEND THIS BOOK: What child doesn't enjoy a good anti-war parable? 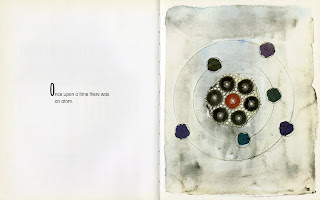 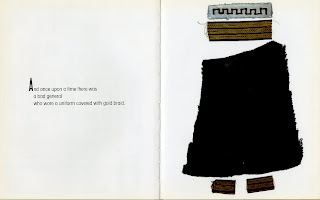 The text reads, When atoms are in harmony everything works fine. Life is based on this harmony. But when an atom is smashed its parts strike other atoms which then strike still more atoms, and so on. . . A terrifying explosion takes place! This is atomic death. 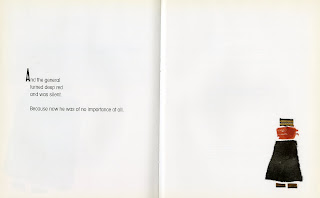 OUR FAVORITE BIT comes after the atoms have foiled the general's nefarious scheme: And what about the general? Now that there were no more wars, he was fired. And to make use of his uniform with all the braid, he became a hotel doorman. 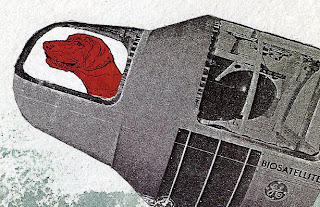 The Three Astronauts
WHY WE RECOMMEND THIS BOOK: What child doesn't enjoy a good anti-prejudice, intergalactic parable? 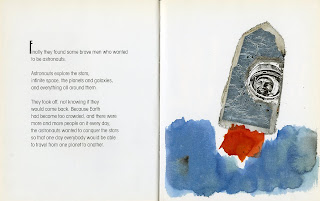 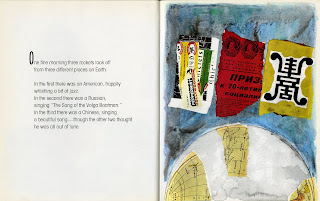 Three astronauts, an American, a Russian and a Chinese take off from Earth. 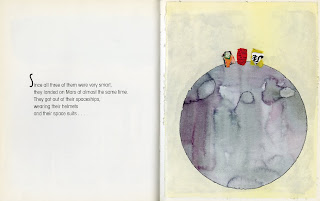 After overcoming initial prejudices against each other, the astronauts then have to overcome an all-consuming Martian prejudice. 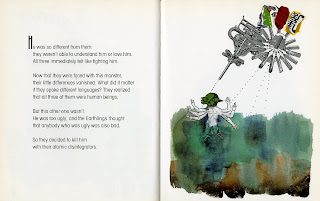 OUR FAVORITE BIT: . . . the Earthlings thought that anybody who was ugly was also bad. So they decided to kill him with their atomic disintegrators.
SECOND FAVORITE BIT: The Earthlings had learned their lesson by now: Just because two creatures are different they don't have to be enemies. So each went over to the Martian with his hand extended. And since the Martian had six, he could shake hands with all three men at once and, at the same time, he could wave joyfully with his other hands.
WHY CHILDREN WILL LIKE IT: Eugenio Carmi's inventive collages. Who else would think of portraying an American astronaut with a Chiclets wrapper?