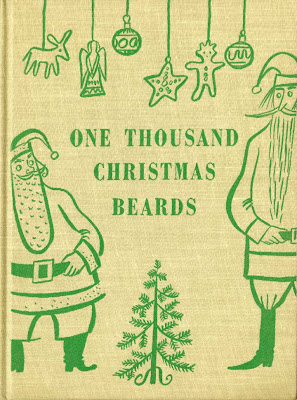 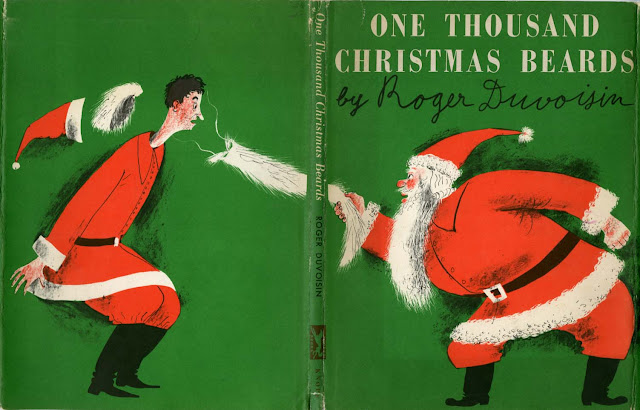 Santa loses it. Nicking one thousand beards from one thousand St. Nicks, Real Santa declares, "Am I angry! . . . I'll put an end to those false Santas! There is only one Santa Claus, and that's me!" 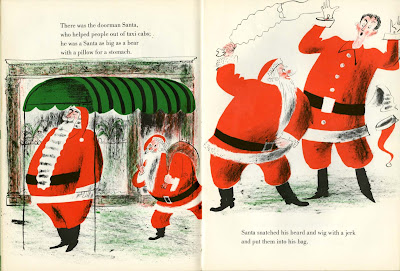 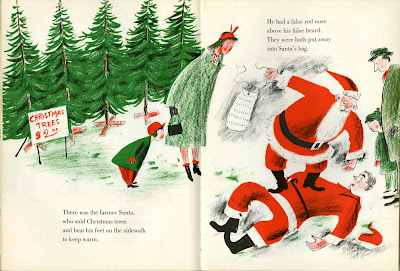 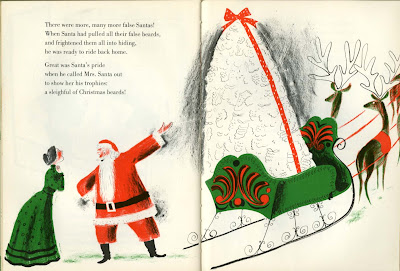 Santa's scalping spree eventually ends when Mrs. Santa asks, "Did you kill all the false Santas who wore those false beards?" 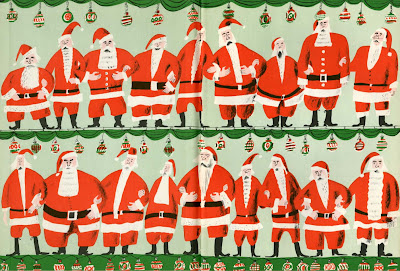 Duvoisin's lovely linework is featured on the endpapers. . . 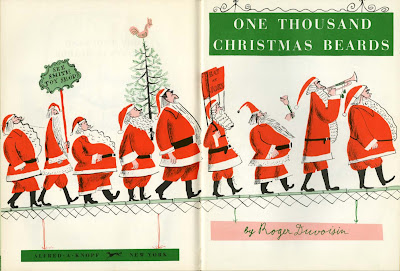