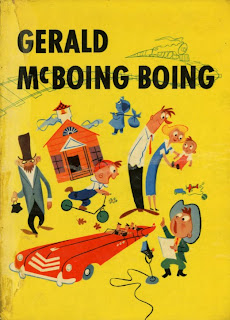 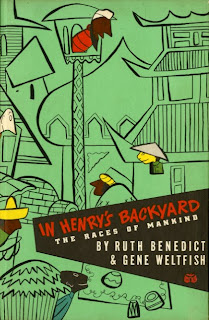 The look and design of UPA animated cartoons influenced legions of contemporary illustrators.  Gerald McBoing Boing penned by an uncredited (at least in the book version) Dr. Seuss, retells the Oscar-winning film's story of Gerald McCloy who didn't talk words but went, "Boing boing!" instead. 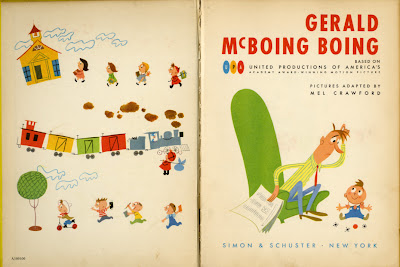 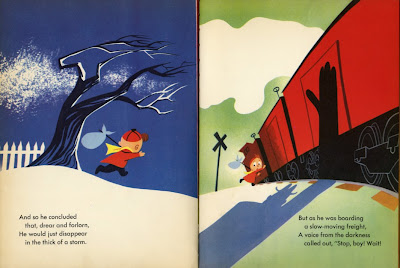 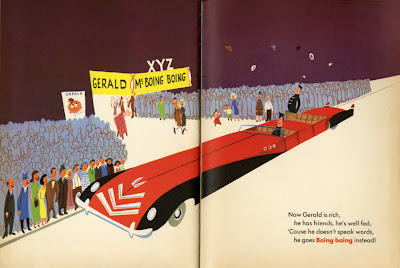 The artwork by Mel Crawford (illustrator of many a Little Golden Book) takes its visual cue from the innovative, groundbreaking short. 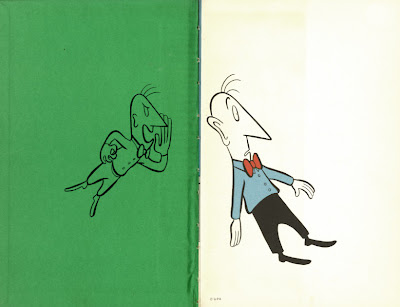 In Henry's Backyard: The Races of Mankind was based on the UPA short Brotherhood of Man. Here, the beautifully graphic endpapers depict a Green Devil taunting Henry with naughty, racist misinformation, "Don't speak to these people, Henry!" it whispers. "You won't like them. They're different!" 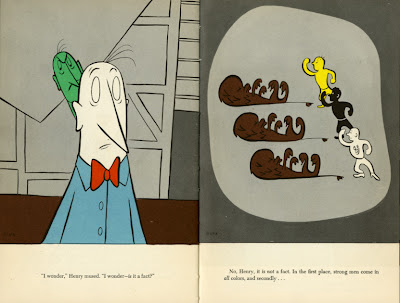 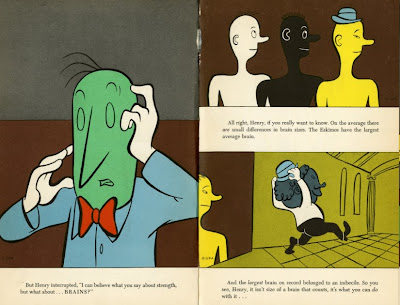 WHY WE LIKE THEM: Elegant design. Tasteful illustration. Evil-looking green devils. Little boys who can bark and toot and honk and hoot.